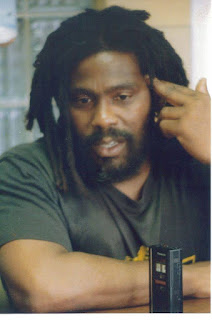 Justin Lumumba, of the Justice for the Move 9 Committee  (https://www.facebook.com/Justice-For-The-Move-9-1554141098166210/timeline/)  has issued a call for a week of telephone calls to the Pennsylvania Parole Board to demand the immediate approval of parole for Eddie Africa, one of the Move 9 who was swept up and arrested when the Philadelphia Police bombed a city block, killing 11 people including 5 babies and burning numerous homes on August 8, 1978.

More about this history behind this atrocity – massacre – by then Mayor Goode and the Philadelphia police department can be found at this link: http://onamove.com/move-9
Eddie Africa’s parole hearing is scheduled for October 2015.  The following link has more about the parole process and the call for letters:  http://onamove.com/support-parole-for-eddie-africa/

The Move 9 Committee is very concerned about the unfairness of the hearing given the conflict of interest of at least 2 of the parole board members: 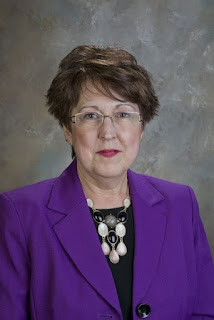 Leslie Grey is a former cop with very strong ties to law enforcement in Pennsylvania as it states on her bio on the website of the Pennsylvania board of probation and parole . This is a complete conflict of interest because the case of the Move 9 revolves around the alleged murder of a cop . This was the same women that presided over the parole hearing of Mike Africa a year ago and was responsible for him receiving a five year hit. 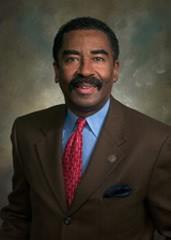 Another conflict revolves around Michael l Green.  He was appointed to the Pennsylvania parole board by then Pennsylvania governor Edwin G Renedell . This is a complete conflict of interest due to the fact that Ed Rendell was the Philadelphia district attorney during the trial of the Move 9.  It was his office that prosecuted Eddie Africa and the rest of the Move 9.

Therefore it is of utmost importance for the Parole Board to be inundated with calls demanding immediate parole for Eddie Africa.  Be polite but firm and leave a brief message as to why Edward Goodman Africa should be paroled.

Decarcerate the Garden State calls upon its membership to make as many calls as possible on behalf of this parole demand.   Please RSVP on the event Facebook site (if you use Facebook) and leave a comment once you make a call about how the call went:
https://www.facebook.com/events/511984462294122/

Regarding October 2015 Parole Hearing for: Edward Goodman #AM-4974
Dear Honorable Members of the Parole Board:

As a concerned citizen interested in helping Mr. Goodman successfully transition into life outside prison, I am writing to ask that you please grant him parole.  He has served now  37 years of a 30-100 year sentence, even though the average sentence for his charges is 10-15 years.  He is still in prison years after his minimum sentence despite having no major disciplinary problems in the last three decades.  The notice provided to Mr. Goodman for his last parole denial lists the reasons for the denial as: “Your minimization/denial of the nature and circumstances of the offense(s) committed,” “Your refusal to accept responsibility for the offense(s) committed” and “The negative recommendation made by the prosecuting attorney.”

I understand the severe nature of the crime of which Mr. Goodman was convicted, however, I am concerned that Mr. Goodman maintaining his innocence is seen as an attempt to minimize or deny the nature and circumstances of the offense(s) or refuse to take responsibility, even while there is evidence that corroborates that the shot was fired from a location where it is well known he was nowhere near.  This phenomenon is referred to as “the innocent prisoner’s dilemma” implying that it is unfair and unethical to require someone who may have been wrongly convicted to provide false admission of guilt or remorse.  Please take this dilemma into consideration.

I also understand that Mr. Goodman has not been recommended for parole by the institution where he is held despite having a clear disciplinary record for many years.  In fact, the only time he received a disciplinary infraction in the last fifteen years was for not cutting his hair.  He has completed all of the institutional programs he was asked to complete and has volunteered for others. Please take into consideration his good conduct as well as him having housing and employment secured upon his release.  These factors, along with strong family and community support, make it very unlikely that Mr. Goodman will recidivate and I firmly believe that he is an excellent candidate for parole.  I will personally help him acclimate in any way I can upon his release.

Mr. Goodman has now spent most of his life in prison, and the recidivism rate for people released at his age is very low. Please grant parole and allow him to be a part of, and contribute to, society as free citizen, a loving father and grandfather.