Kwadir Felton was a victim of police violence – blinded by a Jersey City police bullet to the head when he was 18.  In a trial rout with irregularities, he was sentenced to 16 years including for gun charges for a gun there was no evidence that he was even connected to – a gun that according to police affidavit left the scene of the incident and was returned there before state police investigators came on the scene. 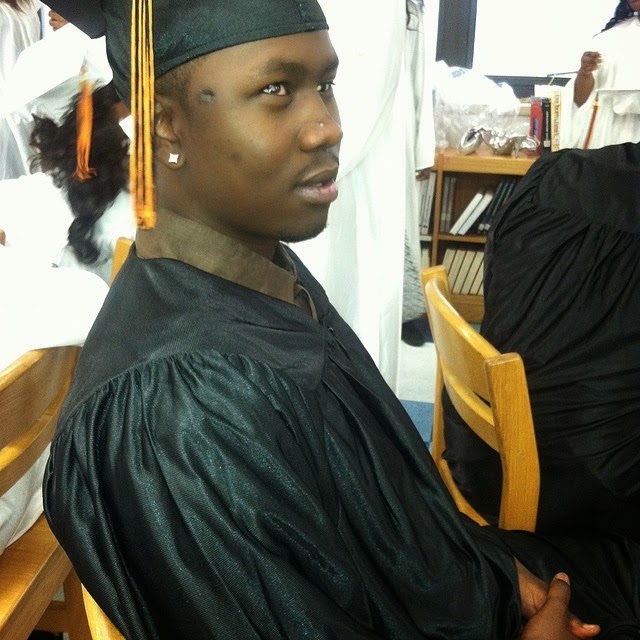 He has been remanded to Southwoods State Prison in Bridgeton NJ which is two hours from where the incident occurred and where his mother Renee Felton resides in Jersey City.  It is a $40 - $50 round trip for Renee to visit her son there.

At the initial part of Kwadir’s incarceration at Southwoods, Renee and her daughter were both banned from the visitation list of Kwadir – in effect barring Kwadir of having any visitors.  This for a young man, legally blind and trying to adjust to his incarceration.  The Committee to Decarcerate the Garden State and others conducted a phone and letter drive which helped secure initial visitation rights for Renee and her daughter and Kwadir’s rights to receive some of his requested visitors.

However the random abuse of power by the incarcerating authorities at Southwoods did not end there.  The following is an interview with Renee about a recent second chapter of her and Kwadir’s visitation rights being violated.

This is all pretty typical of the treatment of incarcerated in NJ and throughout the US.  It is for reasons such as this that it is important for any decarceration movement to have a multi-pronged approach – like we at Decarcerate the Garden State are attempting – to not only effectively organize around sweeping demands for wholesale decarceation – The NJ Decarceration Act we are pressing would release 50% of NJ’s incarcerated over the next 4 years – but to maintain an effective Justice Committee that can advocate and support those unjustly incarcerated and work to effectively remediate abuses of rights and privileges by power drunk prison bosses.

New Jersey Decarcerator NJD: You recently went to visit your son in prison and ran into some problems - can you tell us what happened?
Renee Felton RF: Last week Sunday I went to visit
Kwadir and I wore a pair of jeans. They had little rips in them but I have worn the same jeans for about three weeks and had no problem.

NJD: And what happened?
RF: So I told the sergeant that I have worn the jeans before and it was no problem and the prison sometimes gives visitors long tee shirts.  So I asked the sergeant, can I have a long tee shirt because it will hide the rips in the jeans and he said no.  He told me that there is a store up the road, go buy some sweat pants.  I told him that I do not have a car and came on the van and it cost me $40.00 dollars to get here.  And I could not see him that Sunday.

NJD: How long a trip was it from Jersey City to where they hold Kwadir?
RF: We leave penn station at 9:00 am and we get there about 11:30 am.

NJD: What did the Sergeant say when you mentioned that you did not have a car to go to any store?
RF: He said oh well and walked away.

NJD: Did he give you any piece of paper or anything that explains policy on there being no rips in pants of visitors?
RF: No

NJD: Did he say there was such a policy or did it seem more arbitrary to you?
RF: I’m looking for the policy paper

NJD:  What was your feeling at the time when it became clear that you would not be able to see and meet with Kwadir?
RF: It was very sad because I go so far to see him and 40.00 is a lot of money

NJD: Were you able to send a message into Kwadir?
RF: Well he was in the visiting hall waiting for me but he got the message from a c.o.

NJD: DId you see Kwadir's face when he got the message?
RF: No

NJD: How did you feel on the way back - was there any physical impact that this experience took on you?
RF: I felt disappointed but I did not want to have a scene with the sergeant because they can stop my visits for up to a year.  I just read the visitor dress code.  It has nothing on the paper that says no ripped clothing

NJD: So apparently the guard made it up arbitrarily banning your visit.
RF: Yes he did.  Maybe it was something they just made up but I had to wait in the lobby for four hours.

NJD: You have been outspoken in participating in public meetings calling for justice for Kwadir and have attended rallies against police violence.  Do you think the denial might have had something to do with your outspoken support and participation and the famousness of Kwadir's situation or do you think it was just part of the every day abuse of incarcerated and their families?
RF: All of the above

NJD: Was there any comment made about Kwadir or your activities by anyone at the prison when you came to visit?
RF: Well when I do get in to visit him we get a lot of eye contact by officers.
You know that Rev Daughtry is still trying to get a visit with Kwadir and for some reason they are giving him a hard time

NJD: Were you able to talk to Kwadir by phone later in the day - how did the obstruction of your visitation affect his emotional state?
RF: I spoke with him when I got back he said they told him that I refused to go to the store for sweat pants so I can see him but he did not believe what they said.

NJD: So on top of it all they lied to him to try to divide him from you and you from him and to make him feel rejected . . .
RF: Yes but he knew that was not true because he said to me I know mom if you had a car you would have went to the store.

NJD: We know there is a history of your harassment by this facility - starting from when you were originally barred from visiting your son - are there any other ways Kwadir is being harassed, disrespected or abused?
RF: Yes doctors . . . when Kwadir is not feeling well it just takes a couple of days for him to see the doctor or they don't get his medical slip.

NJD: Is there any support your would like to request for Kwadir at this time from readers?
RF: Yes his appeal is coming up after the holidays so he needs lots of support for his appeal.

NJD: We will conduct another interview or otherwise write about the appeal shortly - this is excellent writing you did for this inteview - i hope to get it out VERY QUICKLY! The Committee to Decarcerate the Garden State will continue to organize for justice for Kwadir and support against abuses by the wretched carceral system that currently holds him.
RF: Thank you.  Any time.

NJD: The Justice for Kwadir Committee can be reached by e-mail at ladyd4407@yahoo.com .
Posted by Bob WItanek at 6:17 PM