Today, members of the FREE ALABAMA MOVEMENT and supporters engaged in a work stoppage that shut down partially operations at the St. Clair Correctional Facility (prison) in Springville, Alabama  for several hours.

At this point details are sketchy about how many participated in the non-violent stoppage.

The stoppage was motivated by demands for civil and human rights at the facility and for incarcerated n general.

Reportedly. The facility went into lock down mode, a method of confining the incarcerated in their cells for an indefinite period of time, depending upon the cause of the lock down and the decisions of the facility.

The stoppage triggered support networks in Facebook and other social media to call several Alabama television media outlets to call upon them to cover the events.  This writer made the calls and all of the outlets had received numerous calls already.  It is not known at this point if any "mainstream" media coverage resulted.

At this point it is not know what repressive measures will be administered upon leaders and participants of the stoppage.

Here is a picture that have come out of the facility showing the living conditions. 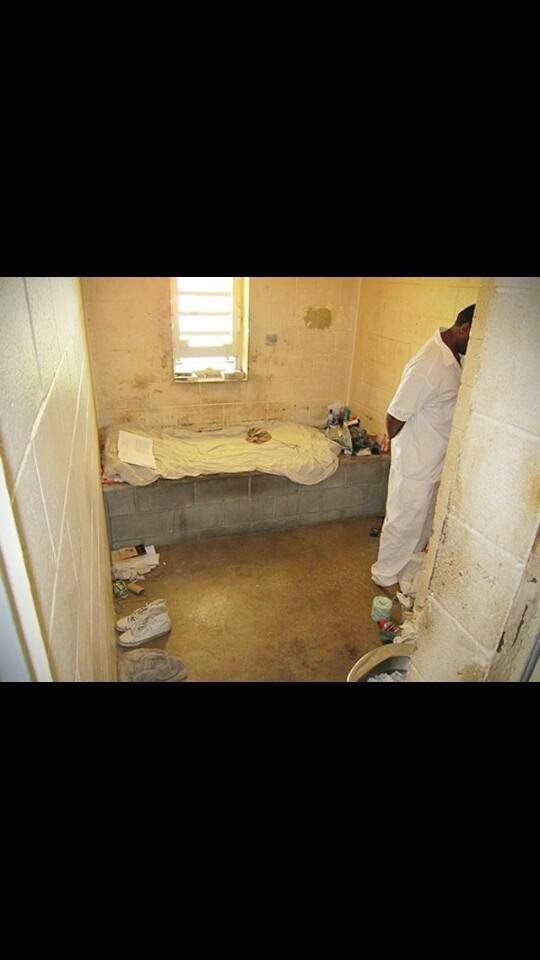 Deaths of incarcerated in the Alabama facilities due to negligence and abuse is the subject of a March 1, 2015 Truth Out article just published:
http://www.truth-out.org/news/item/29300-to-die-in-an-alabama-cell

There apparently has been a recent string of incarcearated led protests and risings in recent days.

A facility in North Carolina was the site of an incarcerated rising – unlike this one – it involved some violent actions and hostage taking of 3 of the incarcerated that had been remanded their on juvenile offenses.  Here is the news report of the rising at Lee Correctional Facility in Lee County North Carolina.
http://www.wltx.com/story/news/local/2015/02/26/lee-correctional-institution-institution/24069497/

In Texas, at the Willacy County Correctional Center, a privately run facility, the entire facility was shut for days by a strike that left much of the facility in shambles – possibly due to incarcerated response to attempts of corrections authorities to repress what began as a non-violent strike.
http://www.expressnews.com/news/local/article/Willacy-county-reeling-after-prison-riot-6106034.php#/0
Of course, as per usual, the media always parrots the corrections officials story line making sure any resistance by incarcerated is dubbed a riot.

United States incarcerates 4 times more the proportion of its population than the rest of the world and facilities are rout with abuse, systematic violence, medical deprivation, unsafe food and high incarcerated mortality.

We could be at the precipice of a wave of incarcerated risings as more incarcerated decide that they literally have nothing to lose but their chains.

The Incarcerated led Free Alabama Movement believes non-violent prison labor strikes to be the most effective means of struggle for decarcaration and an end to abuse of the incarcerated.

Here is a recent interview conducted with two of its founders by the NJ Decarcerate the Garden State statewide group.
http://decarceratenj.blogspot.com/2015/02/interviewing-free-alabama-movement-fam.html
Posted by Bob WItanek at 2:32 PM