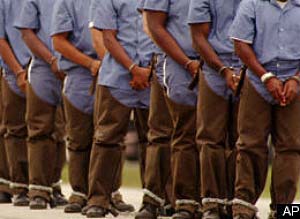 The call for a national prison strike starting September 9th, 2016 could be in effect one of the most significant steps of the decarcaration / abolitionist movement yet.
According to an article from the news site The Intercept which was republished on page 8 of the 2nd edition"On April 1, a group of prisoners from Ohio, Alabama, Virginia, and Mississippi called for a “nationally coordinated prisoner work stoppage against prison slavery” to take place on September 9, the 45th anniversary of the Attica prison riot. “We will not only demand the end to prison slavery, we will end it ourselves by ceasing to be slaves,” that announcement reads. “They cannot run these facilities without us.”

The following is a letter circulating in facilities in multiple states around the US:
http://decarceratenj.blogspot.com/2016/04/tx-incarcerated-anonymously-circulating.html
At this point I am proposing to the membership of Decarcerate the Garden State that we embrace this call to action and that we prepare to have activities at one or more locations in NJ on that date in solidarity with and in support of the coordinated Prisoner Strike action, in support of our demands for the passage of The NJ Decarceration Act bringing about a 50% reduction of the number of NJ incarcerated and generally supporting improved conditions for NJ’s incarcerated population.  It is up to NJ’s incarcerated to decide for themselves whether they will take part in this coordinated action in any way and we are not in any way suggesting that they do anything in this regard.  I am hoping that information about our actions on the outside reaches into the facilities so that NJ’s incarcerated know that we are stirring for real Decarceration measures in NJ and for better internal conditions.
Let’s begin to organize now – and if the incarcerated of NJ are not participating – we can still have events on the outside around the state on September 9 to show support for our demands to Decarcerate the Garden State.

Once we agree internally to embrace this call to action, then we can issue a call to other organizations in the state of NJ calling for a unified action or actions on September 9 around the demands for Decarceration,  supporting the demands of those around the country that are intend to strike inside the facilities and sending a message to those inside NJ facilities about our efforts to demand Decarceration and support improved conditions in NJ facilities.

To provide feedback and /or support to this proposal , e-mail to Decarc@DecarerateNJ.org or participate in the discussion in our Facebook group:

This is history in the making – let’s get ready!