PRESS RELEASE
By MOTHERS AND F.A.M.ilies

RE: PROTEST AT ST. CLAIR AGAINST POLICE BRUTALITY AND COVER-UP OF CORRUPTION BY LT. RONALD CARTER AND THE RIOT TEAM 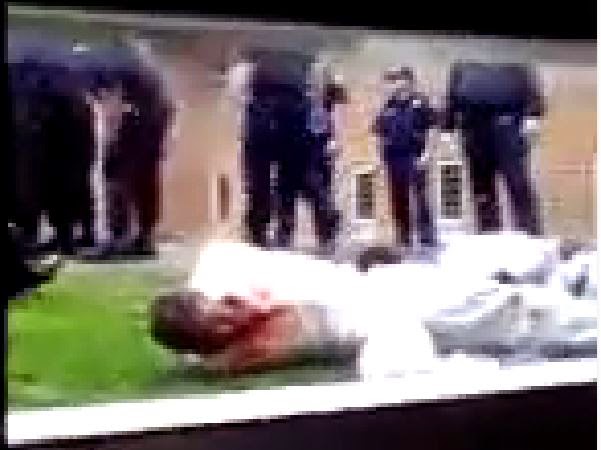 On May 2, 2015, family members, friend, and loved ones of those who are incarcerated in ADOC are being asked to attend the protest at St. Clair prison against the police brutality by ADOC.

On April 17, 2017, Lt. Ronald Carter sparked more violence and police brutality at St. Clair prison when he beat Xavier Austin while in handcuffs. On this same night, another officer left his assigned security post and attempted to assault another man. These assaults, and the acts of self-defense in the face of this violence resulted in the RIOT TEAM being called into St. Clair on April 17 2015, and resulted in over 25 men being beaten by the RIOT TEAM.

The ADOC is attempting to cover up this police brutality with a bogus investigation that has resulted in over 10 black men being charged with assault against Lt. Carter, but there have been no calls for any investigation into the police brutality claims, which were recorded and photographed. The ADOC is charging these men – all Black – in this matter based on “confidential sources”, but with no evidence of any kind, and in some instances even where ADOC’s own records show that these men are innocent.

Lt. Carter has been sued in multiple civil action and class action lawsuits for abuse as an officer while at Donaldson, including one beating that resulted in a man death.

While at St. Clair, Lt. Carter has been named in more lawsuits for police brutality, several pending rigt now, including one filed by Bryan Stevenson of EQUAL JUSTICE INITIATIVE, which includes an incident where Lt. Carter choked a handcuffed man nearly to death and another man, Ventura Harris, was beaten by Lt. Carter’s subordinates while he stood and watched. Mr. Harris required over 15 staples to patch his skull back together.

Also, several officers signed a petition that was circulated at St. Clair by Officer Brian Fife, where they were complaining about the abuse and bullying tactics by Lt. Carter towards officers. Lt. Carter has also been accused of sexual harassment by at least one female correctional officer.

We are asking all family members, friends, loved ones and supporters to attend this protest to “STOP POLICE BRUTALITY BY ADOC”, and to demand justice for those who have been wrongfully accused and/or beaten as a result of the actions of Lt. Carter. Stop this cover-up now and demand accountability against police brutality.


St. Clair (AL) Incarcerated Under Lock Down - Under Brutal Repression