Petitioning to Decarcerate the City of Bridgeton 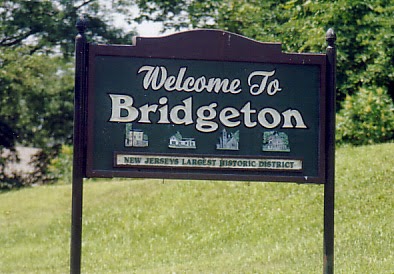 The following is the text for a petition to launched at the Saturday April 4 Decarceration event in Bridgeton, NJ.  The petition is directed at the local city government and political leadership of Bridgeton.  It is an appeal to local leadership to represent its constituents by using its power to do whatever it can to ratchet down mass incarceration and over zealous enforcement of low level offenses as a means to save local funds as well as relieve the extreme pressure on the impoverished in the community that face the ever imminent threat of an arrest on trumped up or minimalist offenses. Hopefully this petition can provide a means to unify the community around a positive project toward the betterment of all.

We encourage others to develop similar pressure efforts on the local level to begin to address decarceration with immediate measures that provide immediate relief.

At the April 4 meeting, a page and a half, mostly of Bridgeton residents, signed on.  Several in attendance, including members of the youth community, took petitions with them that they plan to gather more signatures on.

PETITION TO DECARCERATE THE CITY OF BRIDGETON

We the undersigned, residents of Bridgeton, visitors to Bridgeton and supporters of the Bridgeton community join Decarcerate the Garden State in calling upon the political leadership of the City of Bridgeton, including the Mayor and Council, to utilize their local executive and legislative power to set a new agenda regarding how Bridgeton is policed, how and what offenses are charged and how those offenses are prosecuted.  We applaud the sentiments as expressed by Mayor Kelly regarding the issue of reducing jail encounters and agree that the situation calls for “outside of the box” thinking.  We offer the following alternatives to over zealous use of policing and over prosecution for minor offenses.  We believe that the buck stops on the desks of the Mayor and Council as they have hiring and supervisory authority over the police, local prosecutor and local judicial.  We call for the following changes to policing and prosecution in Bridgeton, NJ.

1.       Review the current docket list of pending charges and dismiss charges for low level offences.
2.        Enact an immediate moratorium on low level marijuana arrests
3.  Pass an ordinance for the decriminalization of marijuana (as was done in Philadelphia)
4.       Go in a new direction for police: put an end stop and frisk / broken window type law enforcement
5.       Pass a resolution to urge the state assembly, senate and governor to introduce and pass the NJ Decarceration Act.

We also call for a city-wide effort to work in coalition to develop projects that create livable wage jobs and positive activities for the youth and others in the community.

A copy of this petition is available at the following link to download and gather signatures.
https://www.facebook.com/groups/DecarcerateNJ/1596332410612870/

Once 100 or more signatures of Bridgeton residents are gathered, a presentation will be organized to the mayor and council at a City Council meeting.