On January 24th a group of educated and diverse leaders met at Ferry Avenue Library in Camden, New Jersey to discuss the harboring effects mass incarceration has on the inner city communities of New Jersey. 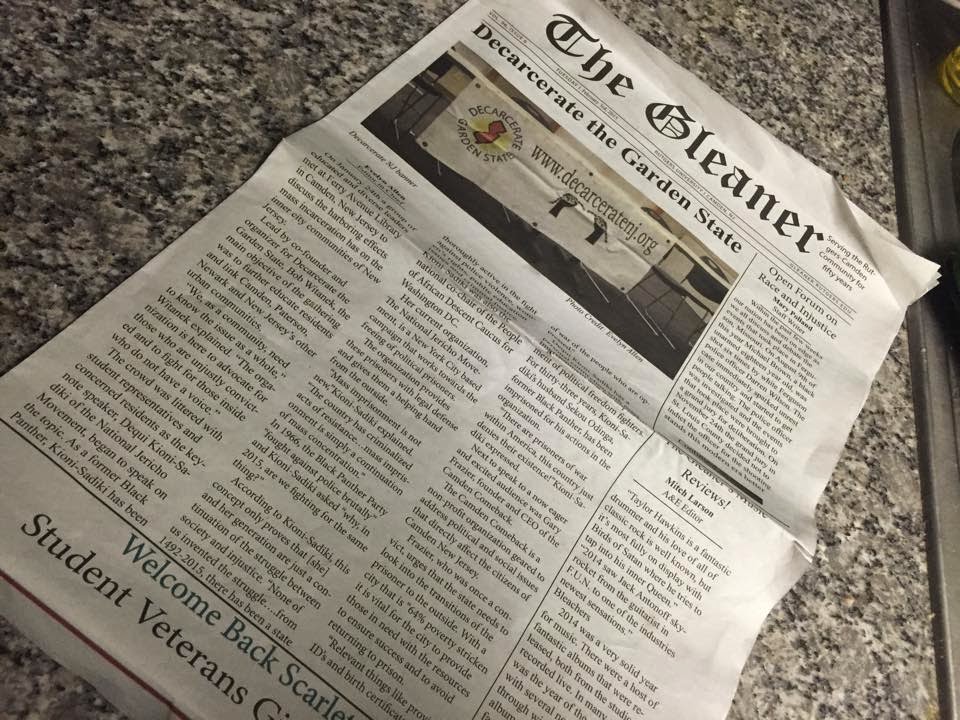 Led by co-founder and organizer for Decarcerate the Garden State, Bob Witanek, the main objective of the gathering was to further educate residents and link Camden, Paterson, Newark and New Jersey’s other urban communities. “We, as a community, need to know the issue as a whole,” Witanek explained. “The organization is here to advocate for those who are unjustly convicted and to fight for those inside who do not have a voice.”

The crowd was littered with student representatives and concerned residents as the keynote speaker, Dequi Kioni-Sadiki of the National Jericho Movement, began to speak on the topic. As a former member of the Black Panther Collective, Kioni-Sadiki has been thoroughly active in the fight against police violence, women’s rights, public education issues and criminal justice. Kioni-Sadiki was also the national co-chair of the People of African Descent Caucus for Washington DC. Her current organization, The National Jericho Movement, is a New York City based campaign that works towards the freeing of political prisoners. The organization provides these prisoners with legal defense and gives them a helping hand from the outside. 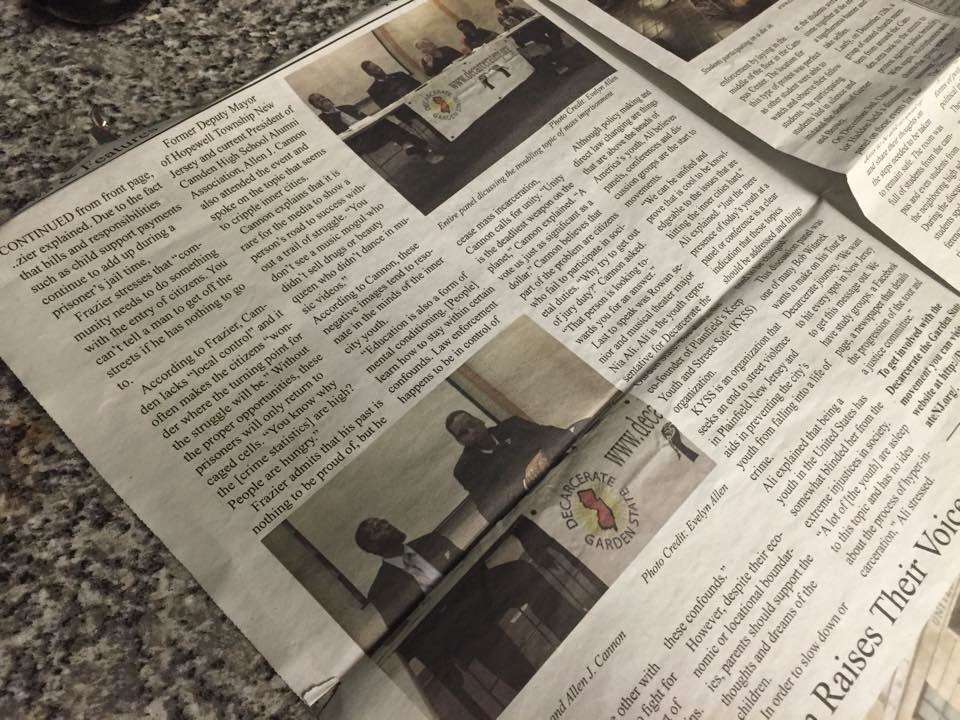 “Mass imprisonment is not new,”Kioni-Sadiki explained. “The country has criminalized acts of resistance…mass imprisonment is simply a continuation of mass concentration.”
In 1966, the Black Panther Collective and the Black Panther Party “fought against police brutally” and Kioni-Sadiki asked “why, in 2015, are we fighting for the same thing?”
According to Kioni-Sadiki, this concept only proves that [she] and her generation are just a continuation of the struggle between society and injustice. “None of us invented the struggle….from 1492-2015, there has been a state of war of the people who are oppressed.”

Dequi Kioni-Sadiki has a personal connection with mass imprisonment and the imprisonment of political freedom fighters. For thirty-three years, Kioni-Sadiki’s husband Sekou Odinga, former Black Panther, has been imprisoned and convicted in the Liberation of Assata Shakur and two federal RICO conspiracy counts. “He was sentenced to 25 to life for six counts of attempted murder of the NYPD and “paroled” to NYSDOCS in 2009 after maxing out on 28 years of a federal sentence.”

“There are prisoners of war within America, this country just denies their existence!”Kioni-Sadiki expressed.

Next to speak to a now eager and excited audience was Gary Frazier, founder and CEO of the Camden Comeback.

The Camden Comeback is a non-profit organization geared to address political and social issues that directly affect the citizens of Camden New Jersey.

Frazier, who was once a convict, urges that the state needs to look into the transitions of the prisoner to the outside. With a city that is “64% poverty stricken it is vital for the city to provide those in need with the resources to ensure success and to avoid returning to prison.

“Relevant things like providing ID’s and birth certificates would help these ex-convicts blend back into society,” Frazier explained. Due to the fact that bills and responsibilities such as child support payments continue to add up during a prisoner’s jail time, Frazier stresses that “community needs to do something with the entry of citizens. You can’t tell a man to get off the streets if he has nothing to go to.

According to Frazier, Camden lacks “local control” and it often makes the citizens “wonder where the turning point for the struggle will be.” Without the proper opportunities, these prisoners will only return to caged cells. “You know why the [crime statistics] are high? People are hungry.”
Frazier admits that his past is nothing to be proud of, but he decided to influence other with his message. “I have to fight for today because I was a part of the problem,” Frazier explains. “We play a part of the generation of tomorrow because of the generation of today.

Former Deputy Mayor of Hopewell Township New Jersey and current President of Camden High School Alumni Association, Allen J. Cannon also attended the event and spoke on the topic that seems to cripple inner cities.
Cannon explains that it is rare for the media to show a person’s road to success without a trail of struggle. “You don’t see a music mogul who didn’t sell drugs or beauty queen who didn’t dance in music videos.”

According to Cannon, these negative images tend to resonate in the minds of the inner city youth. “Education is also a form of mental conditioning. [People] learn how to stay within certain confounds. Law enforcement happens to be in control of these confounds.” However, despite their economic or locational boundaries, parents should support the thoughts and dreams of the children.
In order to slow down or cease mass incarceration, Cannon calls for unity. “Unity is the deadliest weapon on the planet,” Cannon explained. “A vote us just as significant as a dollar.” Cannon believes that part of the problem are citizens who fail to participate in societal duties. “Why try to get out of jury duty?” Cannon asked. “That person is looking towards you for an answer.”

Last to speak was Rowan senior and musical theater major Nia Ali. Ali is the youth representative for Decarcerate the Garden State. She also is the co-founder of Plainfield’s Keep Youth and Streets Safe (KYSS) organization. KYSS is an organization that seeks an end to street violence in Plainfield New Jersey and aids in preventing the city’s youth from falling into a life of crime.

Ali explained that being a youth in the United States has somewhat blinded her from the extreme injustices in society. “A lot of [the youth] are asleep to this topic and has no idea about the process of hyper-incarceration,” Ali stressed.

Although policy making and direct law changing are things that are above the heads of America’s youth, Ali believes panels, conferences and discussion groups are the start to movements. “We can be unified and prove that is cool to be knowledgeable to the issues that are hitting the inner cities hard,” Ali explained. “Just the mere presence of today’s youth at a panel or conference is a clear indication that these topics should be addressed and things need to be changed.”
This discussion panel was one of many Bob Witanek wants to make on his Tour de Decarcerate journey. “We want to hit every spot in New Jersey to get this message out. We have study groups, a Facebook page, a newspaper that details the progression of the tour and a justice committee.”

To get involved with the Decarcerate the Garden State movement you can visit their website at http://DecarcerateNJ.org/. 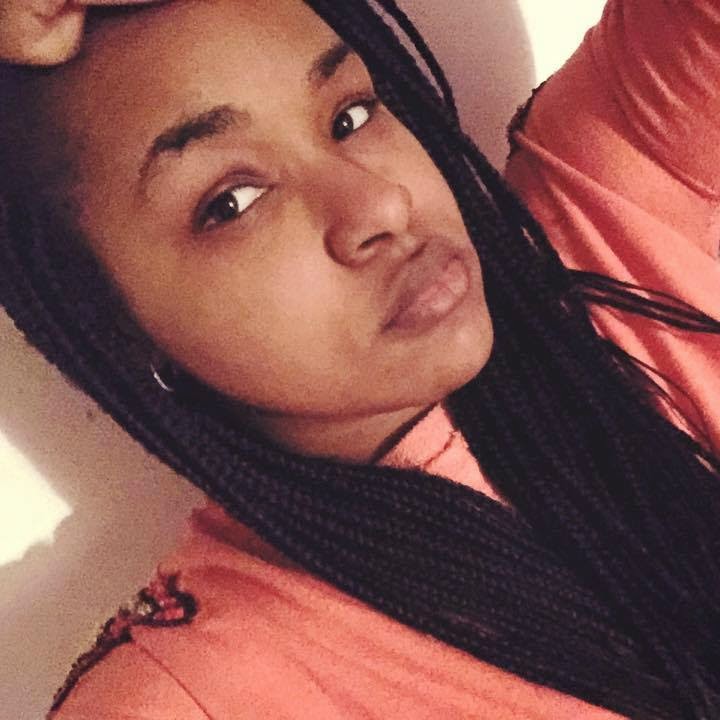 Article submitted by Evelyn Tremaine Allen, reporter and editor in chief of the Rutgers Camden Gleaner.  This article appeared on the front page of their paper but since their website is currently being refurbished, Ms. Allen granted permission to republish it here.

Editors note:
Another report on the event can be found at this link: http://decarceratenj.blogspot.com/2015/01/first-camden-stop-of-tour-de.html

We are interested in organizing a similar event at RU Camden (and elsewhere) - anyone interested in getting the ball rolling can contact: Decarc@DecarcerateNJ.org / 908-881-5275.
Posted by Bob WItanek at 8:58 AM