Three founding members of Decarcerate the Garden State attended an initial meeting called by the Responsible Endowments Coalition with the goal of launching a prison divestment effort in NJ.  There was an exchange of ideas about the divestment idea and we also presented the action plan of Decarcerate the Garden State and distributed our paper The NJ Decarcerator.  In NJ, the immigrant detention facilities are privatized but the state prison facilities are managed by NJ Department of Corrections directly and the county jails are managed by the counties.  It was also represented at the meeting that US Senator from NJ Robert Menendez and  Congress man Bill Pascrell receive campaign financing from the prison privatization firms.  We will be looking into how that has influenced their positions on matters of mass incarceration and immigrant detention.

While this committee is taking a differing approach to fighting mass incarceration from the approach our efforts have taken, (see recent article) we look forward to opportunities for mutual support, co-sponsorship of educational activities and other events as well as exploring potential for building greater unity between the movements against mass incarceration and mass detention of immigrants.

Below are the minutes from the meeting.  For more information about this effort, contact: 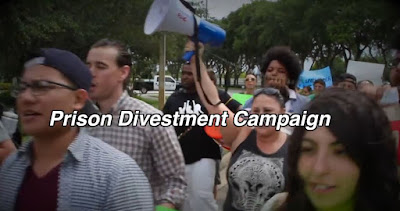 Here are the official minutes


How Private Prisons Make Their Money