After 45 years in Attica, we can free Jalil Muntaqim! 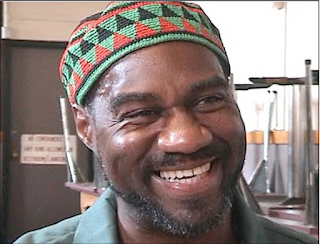 The political opening for the release of U.S. political prisoners is growing each day with the new awakening of the people. Not only can we use this opportunity to free those who have fought for us and paid the price of severe state repression, spending their lives in behind bars, like Jalil Muntaqim--we can connect their political views, their world outlook for struggle to the burgeoning movements today.

Please sign this petition as Jalil has a paole hearing to show him, the parole board and the world that we stand with political prisoners in the U.S. and each day work towards winning their release.

Jalil was a target of the vicious COINTELPRO program as he stood up to racism and injustice during the struggles of the 1960s and 1970s  like so many young people are doing today. He was a member of the Black Panther Party and the Black Liberation Army and now, at 64, has spent 45 years of his life in Attica.

Free Jalil Muntaqim committees near Attica Correctional Facility in Upstate New York will deliver copies of the petitions to those assisting him in preparing for the parole hearing in June. (Jalil is incarcerated under his legal name, Anthony Bottom.)

In addition to signing the petition, you can write a letter and send it to the following people who sit on the parole board (reference Anthony Bottom #77A4283):
Ms. Tina Stanford, ChairNYS Board of Parole1220 Washington Avenue, Building #2Albany, New York 12224
AND SEND COPIES TO:
The Parole Preparation Projectc/o Law Office of Rankin & Taylor11 Park Place, Suite 914New York, NY 10007