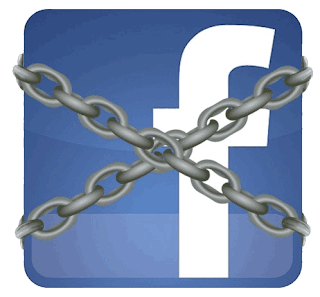 In a frightening article about an arbitrary policy of the Texas Department of Corrections from The Intercept news website, it is reported that Texas has a policy that prohibits its incarcerated men, women and youth from maintaining a “social network” presence.  As bad as that is, this policy goes further to attempt to prevent anyone outside its jurisdiction – including those that are free of their control – from maintaining a presence on behalf of, in solidarity with or in support of those that are incarcerated there.

According to the article:

. . . prisoners “are prohibited from maintaining active social media accounts for the purposes of soliciting, updating, or engaging others, through a third party or otherwise.”
According to the article, in a letter clarifying the policy, a corrections ombudsman stated that the measure “applied to all social media, and not only would offenders be punished for violating it, but outside third parties would be as well, by having their ability to visit or correspond with their loved ones suspended.”

This kind of policy directly interferes with the very kind of work that our organization Decarcerate the Garden State is engaged in in advocating for the incarcerated – generally and often specifically for specific incarcerated men, women and youth.  While we are focused on NJ we support the incarcerated in other states as well including in Texas.  There is also danger of this kind of policy spreading to other states and that is very concerning.  We believe that a successful Decarceration effort needs to include a unified approach including those on the inside and families, loved ones and advocates on the outside.  Such policies can be severely limiting to our ability to win gains around our Decarceration demands.

It gets worse.  The Facebook group for Decarcerate the Garden State
https://www.facebook.com/groups/DecarcerateNJ
is the facility where we can share daily developments, discuss strategy, edit documents, share experiences on a daily basis.

As it turns out, Facebook has a mechanism whereby corrections departments can request the removal of Facebook content.  Facebook even has a form that the authorities can use to request such removal.  From reading the article it seems as if it has pertained to Facebook accounts moreso than a group so far.  However there is a danger when relying on Facebook which is basically multi-billion dollar corporation whose interest is in the status quo (and profit generation) that policies the private corporation already has in place can be applied to groups as well.  From the Intercept article:

“Facebook, at least, has been censoring prisoner pages for a number of years — despite its stated goal of giving “people the power to share and to make the world more open and connected.” According to reporting by the Electronic Frontier Foundation, from at least 2011 through early 2015, prison officials and Facebook shared a “special arrangement” whereby a prison could provide Facebook with links for prisoner pages it wanted removed, and Facebook would then suspend those profiles, “often [with] no questions asked, even when it wasn’t clear if any law or Facebook policy was being violated.”
Records obtained by EFF showed that Facebook had censored hundreds, if not thousands of accounts in this fashion. In the wake of the revelations, Facebook revised its procedures, creating a form for prison officials to fill out that includes not only information about the prisoner in question, but also a requirement that the complaint include a link to “applicable law or legal authority regarding inmate social media access,” EFF reported. If no rule or law is in place, the prison must provide “specific” safety-related reasons that the page should be taken down.”
Should our organization have success in the strategy of developing a mechanism of communication between our advocacy and families on the outside and our group become a means for NJ’s incarcerated to communicate to the outside world – it is conceivable that corrections officials could seek to clip our Facebook wings.  While I do not think this is an immediate threat – I believe it behooves us to start preparing for the possibility.  There could be other reasons why Facebook is no longer a viable means for communications as well.  Should the oppressed of this nation ever mount any kind of effective systemic challenge to the many issues (including mass incarceration) that are rooted in the socio-economic system of capitalism you can bet that one of the first things the “powers that be” will do is have their pals in Facebook shut down any mechanisms being used to communicate our planning.

We should now begin planning two alternatives for this possibility:

1.       An internet alternative to Facebook and possibly separate from any corporate owned network that gives us similar functionality as the Facebook group.  We either need to develop our own mechanism or identify an independent of private corporations – trusted – provider that can provide us safe means to survive any repression from Facebook whether it originates from prison authorities or some other repressive source.
2.       We also need to prepare for the possibility that the government or some other entity shuts the internet down (or should it go down due to some other unforeseen circumstances).  We need to start developing a database of our membership including phone, e-mail and mailing address data as well as mechanisms to utilize these other means of communication.


This infrastructure will not happen over night.  However it is absolutely essential that we begin the process of defining our plan and collecting the data needed to be able to survive internet repression or any kind of situation where the internet is no longer available for whatever reason.
Posted by Bob WItanek at 7:21 PM