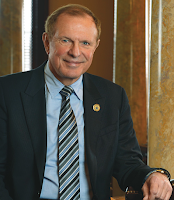 The following is a response to a letter we received from Senator Lesniak probably in response to this article which challenges NJ’s gubernatorial hopefuls to stake out a position supporting swift legalization and an end to cannabis prohibition in NJ.  In the interest of transparency, his letter and my response is published below.  Lesniak cc-d NJ Sen. Nick Scutari in his writing to me - Scutari is the lead supporter of legalization in the NJ legislature.

I urge all readers of this who support legalization to call upon Lesniak to quickly complete whatever "study" he is commencing on this matter and urge him to adopt a clear position supporting full legalization of cannabis and decarceration including vacating of all convictrions, sentences and fines and immediate release from prison those sentenced to prison and from jails all who are locked up in lieu of bail for cannabis arrests or in lieu of fines for cannabis related convictions.  Please include Decarc@DecarcerateNJ.org in the addressing of any e-mails.  Sen. Lesniak can be reached at the following e-mail address: <RLesniak@weinerlesniak.com>

Tweet this article to him and include us - suggested text: 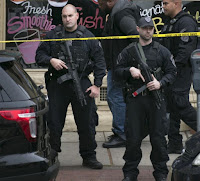 Updates at bottom - this story is developing further:

Thank you for your reply which will be publicized.  You refer to a question – I did not see one in the text.

I presume that means you have no public position currently?
You have been a legislator for almost 40 years in NJ.  During that time probably somewhere between a half million and a million have been arrested for alleged cannabis offenses in NJ.

Some have a perception that NJ’s cannabis prohibition will be rendered to the dust bin of history upon the next governatorial election – especially if a democrat is elected (albeit there is actually one republican fringe candidate staking out a strong legalization position).  Your lacking of a position on the issue after decades in the legislature suggests that the perception is invalid.  I would suggest that a clear position calling for swift ending of NJ’s cannabis prohibition and full legalization would be a positive and likely vote mobilizing position for you to take. 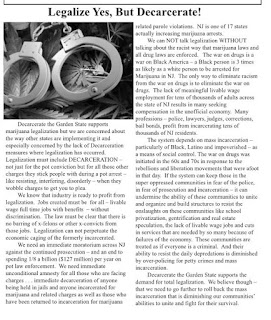 I am sure you are aware that NJ has been cited in national news reporting as being one of 16 states where cannabis arrests have actually increased.  There was a spate of reporting at the end of 2015 that NJ is arresting close to 25000 per year for cannabis prohibition related offenses.  The ACLU in a report has stated with statistical support that a Black in NJ is almost 3 times as likely as a white to be arrested for cannabis and NJ expends $127 million per year on cannabis prohibition enforcement.  While that figure is from 2011, as arrests continue to rise the figure has probably increased.  Do you support that continued allocation of vital NJ resources?  What are you doing to shift policing priorities in NJ from cannabis prohibition enforcement?

So as you are studying the issue of legalization – what about the epidemic of arrests?  Have you been outspoken on that matter?  Have you called upon local administrations to shift police priorities completely away from cannabis law enforcement?  You are a powerful office holder and well respected within the Democratic Party – it would seem that strong statements and coaching from you could go along way – especially in townships and cities that are under Democratic Party control – to shift policing strategies toward other more serious concerns.  What is your view about the arrests and how long will elected officials study the issue while 10s of 1000s of lives continue to get disrupted each year?
I would urge you to speak out and support the call for a moratorium on cannabis enforcement, and a dismissal of the pending cases and pending fines, the release of those in jail for inability to post bail or pay cannabis related fines – as well as those imprisoned for cannabis offenses.  Such statements would not have the force of law but they could help the state move away from the draconian direction has been going in this regard.

As far as recent reforms it has been widely reported that NJ has indeed dramatically reduced prison rolls which is a good thing.  NJ is among the better states in the nation regarding the percentage of the population in prison.  However – NJ is also among the worse in the nation regarding the racial breakdown of the prison population so those improvements while benefiting everybody, have not provided the relief needed of the Black and Brown residency that is in dire need of such relief.  Much greater action by the NJ legislature is needed.

We were contacted by Senator Rice about the parole reform you are touting – they sound like positive measures - that was probably about a year ago.  What is the current status?  Is it stuck somewhere ?  Is it likely to pass?  Are there road blocks?  Would a statement from our organization supporting the measure help?  Is there someone in particular that should be pressured to move it?  Why is the measure still pending from a year ago?

Thanks again for your response.  Decarcerate the Garden State urges you to immediately or quickly stake out a clear position for legalization of cannabis consumption and that any law include measures for Decarceration and expungement for those that have been victimized by NJ’s cannabis prohibition.
If you remember what the question you wanted to ask – we would be happy to respond.
We look forward to more discussion on these matters.

Sincerely,
Bob Witanek
Co-founder
Decarcerate the Garden State
-----Original Message-----
>From: Raymond Lesniak <RLesniak@weinerlesniak.com>
>Sent: May 30, 2016 3:14 PM
>To: "bwitanek@igc.org" <bwitanek@igc.org>
>Cc: Nick Scutari <nicholasscutari@yahoo.com>
>Subject: Decarcerate the Garden State
>
>While I'm still studying the issue of legalizing marijuana in New Jersey, I have a question regarding your organization Decarcerate the Garden State. I have not heard from it on my many criminal justice initiatives.
>
>I presume you know that my legislation signed by Governor Corzine in 2010 eliminated most mandatory minimum sentences for drug offenses which has reduced the prison population by 20% - by 50% for drug offenses. In 2012 Governor Christie signed my  legislation expanding drug court eligibility and its usage.
>


>I also have a multitude of other criminal justice reforms that will further reduce New Jersey's prison population. The most significant one will be restructuring the Parole Board, granting time off for participating in re-entry programs while in prison and automatic parole on an inmate's parole eligibility date upon completion of his re-entry program.  This initiative will further reduce New Jersey's prison population by another 20% and enable two prisons to close within 3-5 years.

First response from Sen. Lesniak to my letter:

-----Original Message-----
>From: Raymond Lesniak <RLesniak@weinerlesniak.com>
>Sent: May 30, 2016 10:24 PM
>To: Bob Witanek <bwitanek@igc.org>
>Cc: Nick Scutari <nicholasscutari@yahoo.com>
>Subject: Re: Decarcerate the Garden State
>
>Btw, I also have a certificate of rehabilitation bill that will enhance the expungement process. The reason why I believe further study is necessary is that there are reports from Colorado that raise serious concerns. I will have a position statement announced shortly. My parole reform legislation is nearly ready to be announced.  I'll keep you posted.
Posted by Bob WItanek at 7:05 PM