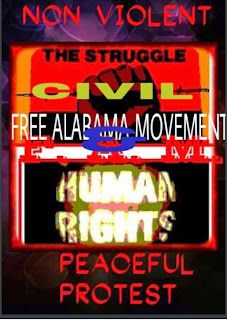 Decarcerate the Garden State has been following the Free Alabama Movement communicating with Melvin Ray, aka Spokesperson Ray on several occasions.  We have interviewed him and a comrade in his movement and wrote this report from the interview:
http://decarceratenj.blogspot.com/2015/02/interviewing-free-alabama-movement-fam.html
Other articles we have carried on the Alabama St. Clair facility and the Free Alabama movement include:
St. Clair Correctional Facility Hit by Strike - 3rd Facility Hit in Wave of Incarcerated Protests 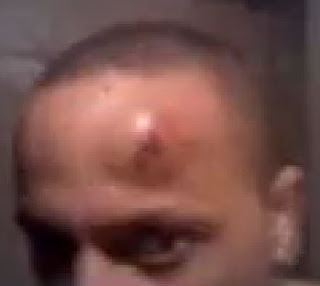 The following are some of the reports coming in about the assault on Spokesperson Ray and calls of action to support him:
URGENT!!!!!!!! I NEED EVERYONE TO CALL ST. CLAIR CORRECTIONAL FACILITY AND ASK THE WARDEN ABOUT THE WELL BEING OF MELVIN RAY!!!! WE GOT REPORTS OF HIM BEING ASSAULTED JUST NOW!!!!

(205) 467-6111 WARDEN ESTES
THESE OFFICERS PARTICIPATED IN THE ASSAULT ON MELVIN RAY WHICH LEFT HIM WITH A BUSTED LIP AND HEAD...... THEY ASSAULTED HIM WHILE HE WAS HANDCUFFED: Kendrick, Thomas, FIFE, and Jones 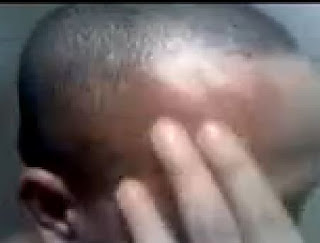 Melvin Ray the founder of FAM (Free Alabama Movement) was brutally attacked in his cell while handcuffed today. This brutality was done by the hands officers of the ADOC St. Clair facility !! This is NOT acceptable by any means... FAM is a Non-violent movement fighting against the inhumane treatment of prisoners and their right to be rehabilitated to return to society. It is URGENT that we flood the phones at St. Clair facility and demand the Warden Estes give a status on his physical condition.

Just got off the phone with prison, everyone acting like or was told to act like they never heard of Melvin Ray, got transferred 3 time the last person explain he was a new guard just starting the job, not giving any specific information, I did let them know why and who it was that I was calling Melvin Ray