Hurricane Carter, another symbol of the Decarcerate Movement in NJ

Hurricane Carter, another symbol of the Decarcerate Movement in NJ

I should have republished this weeks ago on the one year anniversary of Hurricane's passing from prostate cancer. Besides being framed for a triple murder he didn't commit, Hurricane had spent nearly half of his life in prison before becoming an adult. He is an inspiration to so many I decided to post anyway. I hope his fighting spirit inspires you.
JM 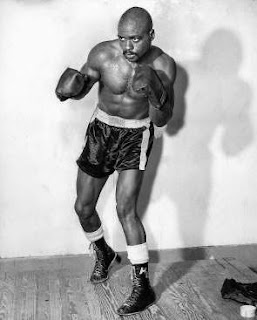 Here comes the story of the Hurricane
The man the authorities came to blame
For something that he never done
Put him in a prison cell but one time he could-a been
The champion of the world.

Rubin “Hurricane” Carter—the only professional boxer to be awarded a world championship title belt outside of the ring—died of prostate cancer on April 20 at the age of 76 in Toronto, Canada. Carter and his friend John Artis were framed and convicted for the murder of three whites at the Lafayette Bar and Grill in Paterson, N.J., first in 1967 and again, in a second trial, in 1976. Due torosecutorial misconduct, he was released by habeas corpus after spending nearly 20 years in prison.

Carter’s life exemplifies both a struggle against the extreme racism of the cops and the courts, as well as a courageous fighting spirit in and out of the ring.

Carter was born in Clifton, N.J., the fourth of seven children and learned early on of the racist system. By adulthood, he had already spent nearly half of his life incarcerated for defending himself against a pedophile. He escaped from the notorious Jamesburg Home for Boys (a prison for children) and joined the U.S. Army. While stationed in Germany, Carter began to box for the U.S. Army. In the Army his record was an amazing 51 wins—31 by KO—out of 56 fights.

After being honorably discharged in 1957, he returned to Paterson where he was arrested and imprisoned for 10 months at Annandale Reformatory for his earlier escape.

Carter began boxing professionally in 1961. Although only 5’8”, Carter was an intimidatingly muscled presence at 155-160 lbs—a presence that only became more prevalent later in the boxing world. Carter quickly became known as a fierce haymaker—with a powerful left hook—earning him the professional name “Hurricane.”

In 1966, Carter was the top rated contender for the world middleweight belt after knocking out other middleweights Ernie Burford, Florentino Fernandez and Emile Griffith in early rounds and also defeating Holly Mims, Gomeo Brennan, George Benton and Jimmy Ellis. He narrowly lost against Joey Giardello for the middleweight belt by judges’ decision in Giardello’s hometown of Philadelphia in 1964.

His professional career’s record was 27 wins—19 by KO—12 losses and one draw.

However, systemic racism prevented Carter from ever using his talent and drive to achieve a title belt.
In 1966, Carter and Artis were arrested and dragged to the scene of the murders at the Lafayette Bar and Grill. Even with the lynch-mob hysteria created by the police, none of the witnesses nor the one survivor of the shootings identified Carter or Artis as the suspects. Carter was interrogated for 17 hours and passed a lie detector test. In 1967 the men were convicted of the murders by an all white jury, judge and prosecutor—with the testimony of two white ex-convicts. Carter and Artis received three lifetime sentences.

The white ex-convict witnesses against Carter and Artis, Afred Bello and Arthur Bradley, recanted their testimony and described how they were offered reward money and leniency for charges they were facing. As a result, Carter was freed on a bail and tried a second time. However, racist prosecution that disregarded the facts again resulted in Carter’s conviction for a crime he had not committed.

In 1975, World Heavyweight champion Muhammad Ali, inspired by Rubin Carter’s struggle, shocked the media when he announced that he was dedicating his bout with Ron Lyle to the incarcerated Carter. Ali became the co-chair of the Hurricane Fund.

That same year, Bob Dylan released the song “Hurricane” detailing the racist framing of Carter and his friend Artis.

Carter was finally released from prison in 1985, due to prosecutorial misconduct, and the charges against him formally dropped in 1988.

Carter wrote two autobiographies and was the subject of a movie staring Denzel Washington, becoming a rallying call for fighters against racial injustice. Carter’s strength in struggling against the racist system with its cornerstone of mass incarceration was unyielding in prison and after his release. “They can incarcerate my body but never my mind,” Carter once said.

After his release, Carter founded a nonprofit organization, Innocence International, which worked to free the wrongly convicted.


The history of Rubin “Hurricane” Carter will long be remembered. His legacy lives on in the demand to tear down the prison walls. From the rubble, champions of all kinds will emerge to build a new society free of racism and mass incarceration.


Originally appeared in Liberationnews.org
Posted by Unknown at 4:30 PM