Letter to Hespe: Schools Have Obligation to Add Protecting Your Rights to Curriculum 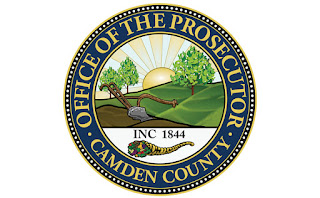 Recently there was a major controversy over Collingswood School District having been ordered by the Camden County Prosecutors Office to refer every single student discipline matter to their office.  The story was broken by the NJ PEN hyperlocal web based news site edited by Matt Skoufalos.
In the latest update to the story that just broke today – the Camden County Prosecutor Mary Eva Collalillo is trying to claim she had never issued such edict in the first place.

I had always thought any such edict was quasi-legal and I wrote to the Superintendent Scott Oswald telling him he should ignore it and to the Commissioner of Schools of NJ David Hespe asking him how he was sitting this out while a public school was being taken over by a county prosecutor and turned into a prison.
http://decarceratenj.blogspot.com/2016/06/collingwood-nj-converting-schools-to.html

While the dust continues to settle over this major fiasco that pretty much wrecked the good part of the school year for Collingswood – there is another important matter that must be settled.

Regardless of how the Collingswood situation turns out – a fact of the matter is that districts in NJ and throughout the US are more inclined to send discipline matters to the police than they have been in the past.  Furthermore many schools have “resource officers”  stationed in the schools that are actually police officers from the local township, complete with uniform, badge and gun.  Matters are more likely to be referred to them and they are more likely to intervene in matters that they happen to think that they witnessed.  They also have a propensity to try to “befriend” unsuspecting high school and middle school students and they are always on the hunt for information of supposed criminal activities.

Thus attending public school in places like Collingswood or in any NJ township or city – a student as part of a what would have been a normal school day could end up in an encounter with the police.

I am calling upon the State of NJ to add to the curriculum to every single student traversing in the NJ’s public education system, lessons on the rights of the individual youth when encountered by police.  (See letter below.) 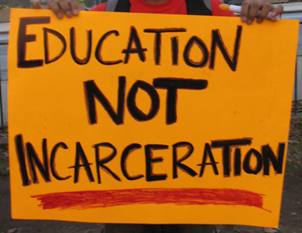 I also urge parents – especially in Collingswood but also throughout Camden County and the rest of NJ to spend a couple of hours reviewing rights with your children.  The same rules apply in school or out – but with schools turning snitch over minor matters – it is becoming imperative.

Even if your child is “a good kid” – they are all basically good kids.  Sometimes they make mistakes.  Sometimes they get caught up in stuff no fault of their own.  Sometimes they get falsely accused by other students, or possibly even by teachers and administrators.  Teach them how to handle themselves around cops.  Also suggest to them how to posture toward the police resource officers stationed in the schools – polite and fair treatment but do not get too friendly and chatty with them because they could always be on the hunt for information and what you tell them could end up ruining your own or someone else’s life.

Below is the letter I sent.  You can copy it and add your own commentary offering support for all or part of what I said and send it to him.  You can also draft your own letter if you prefer.

NJ DOE MUST PROVIDE RIGHTS CURRICULUM FOR ITS STUDENTS SINCE THEY CAN BE SUBJECT TO POLICE REFERENCE BY THE SCHOOL DISTRICT.
DECARCERATE THE GARDEN STATE OFFERS ASSISTANCE IN ORGANIZING STUDENT RIGHTS WORKSHOPS

In response to what he calls “the fiasco of Collingswood public schools and the Camden County Prosecutor,” Bob Witanek, the co-founder of Decarcerate the Garden State has sent a letter to the Commissioner of NJ Schools David Hespe urging for changes to the NJ curriculum.

He is calling for subject matter to be added regarding “personal rights awareness” when dealing with police so that students know how to assert their rights and legally protect themselves from self incrimination and inadvertent incrimination of others.

Witanek is also calling upon parents and students to be aware of their rights and for the parents to make sure that the students are aware.

The following is an ACLU NJ students rights handbook that Witanek recommends parents and students become familiar with.
https://www.aclu-nj.org/files/9313/1600/5939/2011studrghtsweb.pdf

Witanek also recommends the following, also from ACLU.  It is more specifically on the topic of how to handle police encounteres, specifically for youth:
https://www.aclu.org/know-your-rights/what-do-when-encountering-police-youth

Witanek states, “We also offer to work with local attorneys that can offer pro-bono, local organizations, the teachers association, Camden Save Our Schools, Camden Comeback and other interested parties in organizing rights workshops to share instructions on how to protect yourself from prosecution in school – policing and other policing matters – geared toward youth.  Interested parties can reach Decarcerate the Garden State by phone or text 908-881-5275 or e-mail Decarc@DecarcerateNJ.org .

Decarcerate the Garden State is a statewide organization with membership and associations all over NJ including in Camden County.  They call for 50% reduction in NJ’s prison population and are currently organizing solidarity with a prison strike against enslavement inside the prisons scheduled for September 9, with actions all over NJ including in Camden City on that date.

The following is the letter sent to NJ Commissioner David Hespe by Witanek:

I recently wrote to you asking for information as to how the Camden County Prosecutor can assume control over discipline matters in Collingswood Public Schools.  While you have yet to reply I am needing to write you again.

The letter I sent was published at this link:

While the latest turn is now the prosecutor is claiming that she never issued an edict to Collingswood schools on this matter - a contention being disputed by the district and the local mayor.

Aside from how that story turns - this issue highlights an important matter that requires changes to the NJ curriculum.  While it is uncertain exactly what was going on between Collingswood and this prosecutor, it is a fact that the district was indeed referring students to the police for what should have been more routine discipline matters.

It is not only in Collingswood but in districts throughout NJ that students often get referred to police for matters that occur in the school.  There are also many districts with police officers stationed in the schools as "resource officers" and they often get directly involved in transforming school discipline matters to police matters.

That being the case - given the role that the public schools you preside over are referring student matters to the police, it behooves this same statewide school system to equip the students with knowledge of their rights when they are forced into encounters with police - in this case - by the public schools.

Also districts need to send letters to parents explaining what their varying police policies are and that parents have an interest in informing and educating their children as to what their rights are.

The need for these measures are highlighted by the recent Sentencing Project Report that NJ has the worse ratio in the nation in the likelihood that a Black resident vs. a white resident ends up incarcerated - a 12:1 ratio.  Given the history of similar racial disparities in NJ school discipline records it is imperative even moreso for public schools to reverse mass incarceration and the racial component - not exacerbate it.  The NJ Senate has passed a law that actually requires "racial impact statements" when policies that affect incarceration are concerned.  I have not read the law but it is likely that it would apply to public school administration as well.  If you are over seeing public schools thrusting children into the clutches of racially motivated policing apparatus without even instructing them on their rights - you yourself are a conductor on the school to prison pipeline.

This letter is being publicized in the article and press release at the following link:
http://decarceratenj.blogspot.com/2016/07/letter-to-hespe-schools-have-obligation.html