From Buffalo with Bud: Q&A with Anthony Baney of the Buffalo Cannabis Movement 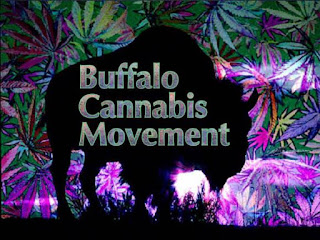 TNS: Thank you for taking the time to answer our questions. Good luck with efforts to decriminalize and legalize cannabis in Buffalo, NY.
[The above interview originally appeared on the North Star website, May 26, 2016.]
Posted by Jim Brash at 11:08 PM