We Want to Help You Fight for Your Loved Ones' Freedom!

This article appears on page 3 of the latest issue of the NJ Decarcerator.  It describes an approach that all those with loved ones behind walls can follow to demand that their loved ones be released.

Sample Tweet:
Demand Immediate Freedom for your Loved Ones - We can help you get started #DecarcerateNJ http://bit.ly/1Uit5Td

An example of this approach is Tehiana Hobbs who is appealing for the release of her husband from two life terms without parole on the basis of innocence.  She has taken it a step further by setting up a blog site - which is a recommended approach because as you update it you can tweet the link to your updates to the politicians and the media easily.  We should have 1000s such blog sites in NJ confronting the powers that be with the constant demand of FREEDOM!

DEMANDING FREEDOM FOR YOUR LOVED ONES

Decarcerate the Garden State volunteers will work with you to develop your advocacy letters for the NJ Decarceration Act and for the release of your loved ones.   Call or text 908-881-5275 or write Decarc@DecarcerateNJ.org to seek help. 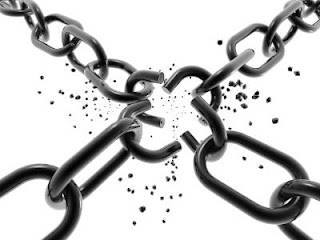 We need to put the heat on the political power brokers in NJ – at the local and state level – for the general demand of Decarceration but also for specific demands around individuals that need relief of one sort or another from their incarceration plight.
Those who want to participate should develop an argument about why their loved ones are deserving of relief from their current sentence to confinement.
Write a letter and send it to your local, county and state officials.
Some of the issues to put in the letter:
Were the charges minimal and non-victimizing?
Was it a first offense?
Was there racial profiling involved in the arrest?
Was there over sentencing involved?
Was there a forced plea bargain?
Did the offense occur while the incarcerated was juvenile but he or she was sentenced as an adult?
Has their been neglect, abuse or assaults of any sort during incarceration?
Has there been solitary or other cruel punishment?
Has a substantial portion of the sentence already been served?
Is there chronic illness?  Is the incarcerated aged and eligible for compassionate relief?
Develop one or two main reasons why your loved one should be released immediately and then whatever other supporting reasons can be added in.  The letter can go something like this:

Dear <public official>,
I am sure you are aware of the clamoring in NJ and throughout the United States for reduction in incarceration rates.  As you know, the US incarcerates its people at rates that are four times the international average, and incarceration is rife with severe racial disproportion, especially for NJ’s Black population.  The situation demands immediate relief and especially legislative action to bring about massive release of NJ’s incarcerated.  I am in line with the Decarcerate the Garden State organization that calls for the passage of a NJ Decarceration Act to bring about the reduction of incarceration rates in NJ by 50% over the next 4 years.
As we move toward those goals, we need to identify candidates for sentencing relief.  I want you to advocate for my <relationship> <incarcerated person’s name> for immediate relief.

[ At this point in the letter include all the reasons why you believe your loved one should be released or be eligible for sentence reduction. ]

I request that you review my [brother's / sister's / father's] situation.  I call upon you to join me to advocate for their early (or immediate) release.  I also reiterate the call upon you to introduce and fight for passage of the Decarceration Act so that NJ can live up to the ideals of freedom, justice and equality which are often touted around the world by US officials. I will be following up shortly with a call to your office to pursue this matter further.

Send CC's to our organization, your local mayor and council.

Do not expect immediate results.  They will likely tell you it is a legal matter that they have no control over.  Let them know that your loved one is incarcerated according to laws passed by the legislature, and they ended up incarcerated by a racially and economically biased system that is ultimately the responsibility of elected officials.
Please send us copies of the letter, you can decide if you want us to publicize the situation on our blog site or not - either way is ok.  Good luck and power - as we build and get stronger we will start moving toward success with earlier release for some of the over 20,000 incarcerated in NJ.
Posted by Bob WItanek at 2:59 PM