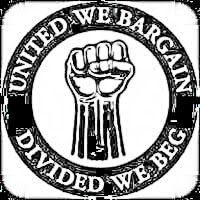 (This admttedly needs work,  The idea though is to record this or something like it and use it as a public service announcement for the September 9 Incarcerated Work Stoppage and Outside Solidarity.  The idea of a song also is if we get a good enough recording we can possibly get some prison oriented radio programs and local stations to put it on the radio and if we get the word out inside to tune in at the right time and station - it can be used as a means to spread the word inside which is one thing that the incarcerated organizations have asked us on the outside - to help them spread the word from state to state and facility to facility.  If you have some music skill and want to take a crack at recording this or something like it (change anything that needs to be changed) - please write to Decarc@DecarcerateNJ.org )

The following are two audio clips - vocal only - that might provide a starting point.

(I think the second one is a better starting point.) 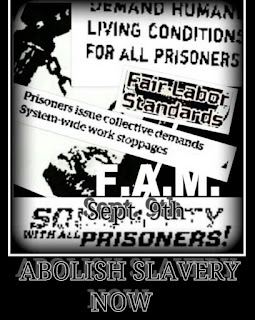